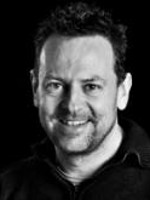 What I really want to discuss in this talk is hypothesis testing in quantum information theory. I will mostly restrict myself to the case of two simple hypotheses, each of which is represented by a quantum state (density matrix). The plan is to first review the basics and the difficulties of quantum hypothesis testing, covering both one-shot (Neyman- Pearson-Helstrom) and asymptotic (Stein, Chernoff) settings. Furthermore, I will indicate some applications in quantum Shannon theory, from coding theorems to strong converses and finite block-length analysis.

The main focus of the talk, however, will be on the peculiarity of quantum mechanics that we need to specify a measurement to learn about the quantum state, and that these measurements are often subject to physically motivated restrictions. Thus, a tension arises between a 'strong' set of measurements (decision rules) with a 'weak' set, i.e. all theoretically allowed measurements vs the restricted ones. This is actually a phenomenon arising generically in statistics; the classical analogue would be secret sharing, in which two perfectly distinguishable multi-partite hypotheses appear to be indistinguishable when accessing only a marginal. The quantum versions are richer in that, for instance, local operations and classical communication (LOCC) allow for state tomography, so the states cannot become perfectly indistinguishable but only nearly so, and hence the question is one of efficiency. We will focus on a couple of concrete examples and associated sets of ideas, including open problems:

1. Local operation and classical communication (LOCC): I will show simple arguments to bound the minimum bias of any LOCC test in a bipartite setting of two d-dimensional systems, some of which can even be extended to probabilistic theories beyond quantum mechanics. While these results are in the one-shot setting, in certain cases we also have a good understanding of the asymptotic case (Chernoff exponent).

2. Gaussian operations and classical computation (GOCC): These are motivated by the so-called linear optics describing most of quantum optics, but which cannot distinguish optimally even two coherent states of a single mode of light. Recently, we found states which are almost perfectly distinguishable by suitable measurements, but when restricted to GOCC, i.e. linear optics and post-processing, the states appear almost identical. The construction is probabilistic and relies on coding arguments; one of its interesting features is that the states can be prepared by GOCC, though as we show, they cannot be distinguished by GOCC. Open questions include whether one can give a constructive version of the argument, and whether even thermal states can be used, and how efficient the hiding is.

3. Returning to LOCC: It was known for a while that, asymptotically, n bits can be hidden in a bipartite system of n qubits each. Only recently it was shown that this is asymptotically optimal, by using the calculus of min-entropies. This is reminiscent of the fact that in secret sharing, each relevant share has to be at least as large as the hidden message. Indeed, we get bounds on the so-called data hiding capacity of any preparation system; these are, however, not always tight. While it is known that data hiding by separable states is possible (i.e., the state preparation can be done by LOCC), it is open whether the optimal information efficiency of one bit per local qubit can be achieved by separable hiding states.

Andreas Winter received a Diploma degree in Mathematics from Freie Universität Berlin, Berlin, Germany, in 1997, and a Dr. math. degree from the Fakultät für Mathematik, Bielefeld University, Germany, in 1999. He was Research Associate at Bielefeld University, and from 2001 with the Department of Computer Science at University of Bristol, U.K. In 2003, still with University of Bristol, he was appointed Lecturer in Mathematics, and in 2006 Professor of Physics of Information. Since 2012 he is ICREA Research Professor with the Universitat Autònoma de Barcelona, Spain. He is the recipient of a Royal Society Wolfson Research Merit Award (2007), a Philip Leverhulme Prize (2009) and the Whitehead Prize of the London Mathematical Society (2012).

Andreas Winter's scientific interests revolve around quantum information theory and discrete mathematics, in particular quantum Shannon theory. He is the originator of several technical and conceptual innovations in that field, among them the discovery of state merging as a primitive and the meaning of negative information; the application of geometric measure concentration in quantum information and statistical mechanics; the development of a matrix tail bound à la Bernstein with numerous applications in information theory, signal processing and combinatorics; techniques towards strong converses and "pretty strong" converses in quantum Shannon theory; quantum entropy inequalities; and the development of zero-error quantum information theory, including an interpretation of the Lovász number as the zero-error capacity of a graph assisted by no-signalling correlations. 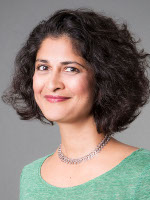 Significant progress has been made, of late, on fundamental problems across many areas of biology – in particular, biological interaction and signaling. Two important questions remain elusive. How do complex networks of simple organisms form in order to perform sophisticated tasks? What are the underlying signaling mechanisms that enable the formation and operation of such networks? Concepts and methods from information theory and communication theory offer some hope in providing abstractions and tools that can enable basic understanding of these two questions as well as determine fundamental limitations. The definition of communication in the biological context is vague and can be considered as "the transfer of information from one cell or molecule to another via chemical, mechanical, or electrical signals," or more broadly as "an activity by one organism that changes the behavior of another." Given the enormous diversity of organisms, there is an equally large number of communication systems that can be studied, and not all systems yield to a communication- or information-theoretic lens. To this end, we shall consider microbial ecosystems which contain a number of communication/information theoretic architectures. Microbial communities play a significant role in infection, bioremediation, plant growth promotion, human and animal digestion, the carbon cycle, cleaning water and microbial fuel cells. Two canonical multi-terminal structures are of importance: multi-hopped networks motivated by bacterial cables, and ad hoc multi-terminal networks as proxies for biofilms and quorum sensing. In this talk, we explore how a communication- and information-theoretic framework can be used to understand — and possibly design — biological systems.

Urbashi Mitra received the B.S. and the M.S. degrees from the University of California at Berkeley and her Ph.D. from Princeton University. She is currently a Dean’s Professor of Electrical Engineering at the Department of Electrical Engineering at the University of Southern California (USC), Los Angeles. She is the inaugural Editor-in-Chief for the IEEE Transactions on Molecular, Biological and Multi-scale Communications. Dr. Mitra is a Distinguished Lecturer for the IEEE Communications Society for 2015-2017. She is a member of the IEEE Information Theory Society's Board of Governors (2002-2007, 2012-2017) and the IEEE Signal Processing Society’s Technical Committee on Signal Processing for Communications and Networks (2012-2016). Dr. Mitra is a Fellow of the IEEE. She is the recipient of: a 2016 United Kingdom Royal Academy of Engineering, Distinguished Visiting Fellowship, a 2015 US Fulbright Scholar Award, a 2016-2017 Leverhulme Trust Visiting Professorship Fellowship, a 2015 Insight Magazine STEM Diversity Award, 2012 Globecom Signal Processing for Communications Symposium Best Paper Award, 2012 US National Academy of Engineering Lillian Gilbreth Lectureship, USC Center for Excellence in Research Fellowship (2010-2013), the 2009 DCOSS Applications and Systems Best Paper Award, Texas Instruments Visiting Professor (Fall 2002, Rice University), 2001 Okawa Foundation Award, 2000 OSU College of Engineering Lumley Award for Research, 1997 OSU College of Engineering MacQuigg Award for Teaching, and a 1996 National Science Foundation CAREER Award. She has been an Associate Editor for the following IEEE publications: Transactions on Signal Processing (2012--2015), Transactions on Information Theory (2007-2011), Journal of Oceanic Engineering (2006-2011), and Transactions on Communications (1996-2001). She has co-chaired: (technical program) 2014 IEEE International Symposium on Information Theory in Honolulu, HI, 2014 IEEE Information Theory Workshop in Hobart, Tasmania, IEEE 2012 International Conference on Signal Processing and Communications, Bangalore India, and the IEEE Communication Theory Symposium at ICC 2003 in Anchorage, AK; and was the general co-chair for the first ACM Workshop on Underwater Networks at Mobicom 2006, Los Angeles, CA. She served as co-Director of the Communication Sciences Institute at the University of Southern California from 2004-2007. Her research interests are in: wireless communications, communication and sensor networks, biological communication systems, detection and estimation and the interface of communication, sensing and control.

The Spirit of Information Theory 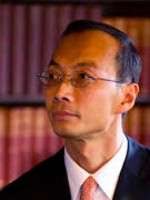 David Tse received the B.A.Sc. degree in systems design engineering from University of Waterloo in 1989, and the M.S. and Ph.D. degrees in electrical engineering from Massachusetts Institute of Technology in 1991 and 1994 respectively. From 1994 to 1995, he was a postdoctoral member of technical staff at A.T. & T. Bell Laboratories. From 1995 to 2014, he was on the faculty of the University of California at Berkeley. He is currently the Thomas Kailath and Guanghan Xu Professor at Stanford University.

David Tse is the recipient of the 2017 Claude E. Shannon Award. Previously, he received a NSF CAREER award in 1998, the Erlang Prize from the INFORMS Applied Probability Society in 2000 and a Gilbreth Lectureship from the National Academy of Engineering in 2012. He received multiple best paper awards, including the Information Theory Society Paper Award in 2003, the IEEE Communications Society and Information Theory Society Joint Paper Awards in 2000, 2013 and 2015, the Signal Processing Society Best Paper Award in 2012 and the IEEE Communications Society Stephen O. Rice Prize in 2013. For his contributions to education, he received the Outstanding Teaching Award from the Department of Electrical Engineering and Computer Sciences at U.C. Berkeley in 2008 and the Frederick Emmons Terman Award from the American Society for Engineering Education in 2009. He is a coauthor, with Pramod Viswanath, of the text Fundamentals of Wireless Communication, which has been used in over 60 institutions around the world. He is the inventor of the proportional-fair scheduling algorithm used in all third and fourth-generation cellular systems.

The Flesh of Polar Codes 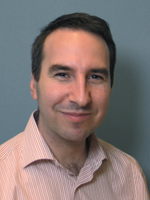 I. Emre Telatar received the B.Sc. degree in electrical engineering from the Middle East Technical University, Ankara, Turkey, in 1986. He received the S.M. and Ph.D. degrees in electrical engineering and computer science from the Massachusetts Institute of Technology, Cambridge, in 1988 and 1992 respectively. In 1992, he joined the Communications Analysis Research Department at AT&T Bell Laboratories (later Lucent Technologies), Murray Hill, NJ. He has been at the EPFL since 2000.

Emre Telatar's research interests are in communication and information theories.

Information Theory Out of its Box 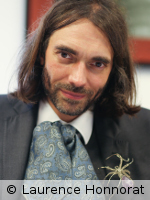 Cédric Villani's research interests are in kinetic theory (Boltzmann and Vlasov equations and their variants), and optimal transport and its applications.

Cédric Villani studied mathematics at École Normale Supérieure in Paris. In 1998, he defended his PhD on the mathematical theory of the Boltzmann equation. From 2000 to 2010, he was professor at École Normale Supérieure de Lyon, and now at the Université de Lyon. He occupied visiting professor positions in Atlanta, Berkeley and Princeton. Since 2009, he is the Director of Institut Henri Poincaré in Paris.

He received several national and international prizes for his research, in particular the Fields Medal, awarded at the 2010 International Congress of Mathematicians in Hyderabad (India), by the President of India.

He is a chief editor of the Journal of Functional Analysis, and editor of Inventiones Mathematicae. He participates actively in the administration of science, through the Institut Henri Poincaré, but also by sitting on a number of panels and committees, including the higher council of research and the strategic council of Paris, and the High Level Group of Scientific Advisors at the European Commission. Since 2010 he has been involved in fostering mathematics in Africa, through programs by the Next Einstein Initiative and the World Bank.